Welcome to the official website of dutch baritone Sef Thissen.

The imposing voice of the sought-after classical singer now enjoys great fame among music lovers at home and abroad. Sef Thissen has already sung with a rich and extremely versatile repertoire in many well-known international opera houses in numerous operas, concerts and recitals.
When Sef Thissen is on stage, the entire hall is filled with enchanting classical singing.

"You don't travel to arrive, but to travel," wrote Johann Wolfgang von Goethe, and this is exactly what applies to the classically trained opera singer.

Always on the road to touch the hearts of others with the voice of his heart.

Sef Thissen was born on Tuesday, December 25, 1973, in Venlo. A Christ Child who, with perseverance and hard work, repeatedly achieves his always new musical goals. A gifted natural talent, otherwise of course he would never have really gotten the wind into the musical sails. As the son of an entrepreneur, Thissen took the final step towards a career as a classical singer at the age of 35. An important and wise decision, because classical music is what makes him happy, as well as the extensive organization that goes along with his concerts and performances. After all, Thissen is a cultural entrepreneur – entrepreneurship is in his blood – and so the baritone is active both in front of, on and behind the stage.

In his musical career, Thissen follows a different path than many of his musical colleagues. This unusual journey ultimately leads him to the desired horizons. And once he gets there, Thissen looks ahead, for new challenges and opportunities. 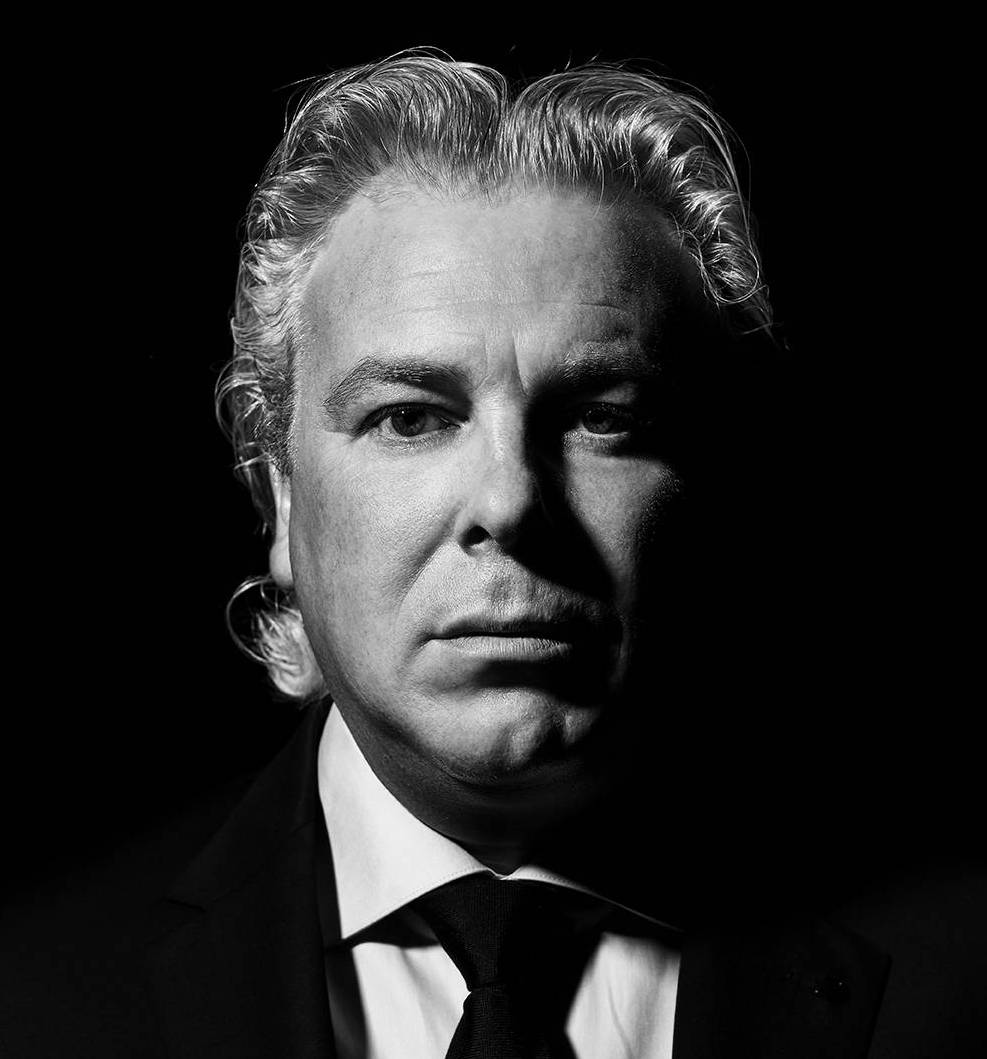 In the last decade, Thissen has undertaken numerous musical journeys with well-known greats from the world of (classical) music. At the beginning of his musical career, Thissen travels together with the Dutch composer HAN KOORENEEF, who produces L'amore vincera for Thissen: an album of a work written especially for Thissen, recorded with The City of Prague Philharmonic Orchestra & Choir.
Thissen presents this debut album at the Koninklijk Concertgebouw (Royal Concert Building) Amsterdam. His talent takes root and the fast-flowering flower is proof that the Venlo singer has earned his place in the world of classical music. Thissen has sown and is beginning to harvest. This makes you want more, because Sef Thissen has not yet realized all his dreams.

The drive forward opens up a new breeding ground. The opera baritone John Bröcheler sees and hears his compatriot and Thissen then apprentices with and with this master for many years.

Thissen listens attentively to his master's voice, learns intensively and makes great progress. In 2013, Thissen took the logical next step and continued his studies with other masters such as vocal pedagogue Gemma Visser. In addition, he takes masterclasses with, among others, Ed Spanjaard, with whom he mainly practices in the repertoire of Mozart and Wagner, and Rudolf Jansen, with whom Thissen delves into the interpretation of the art of song 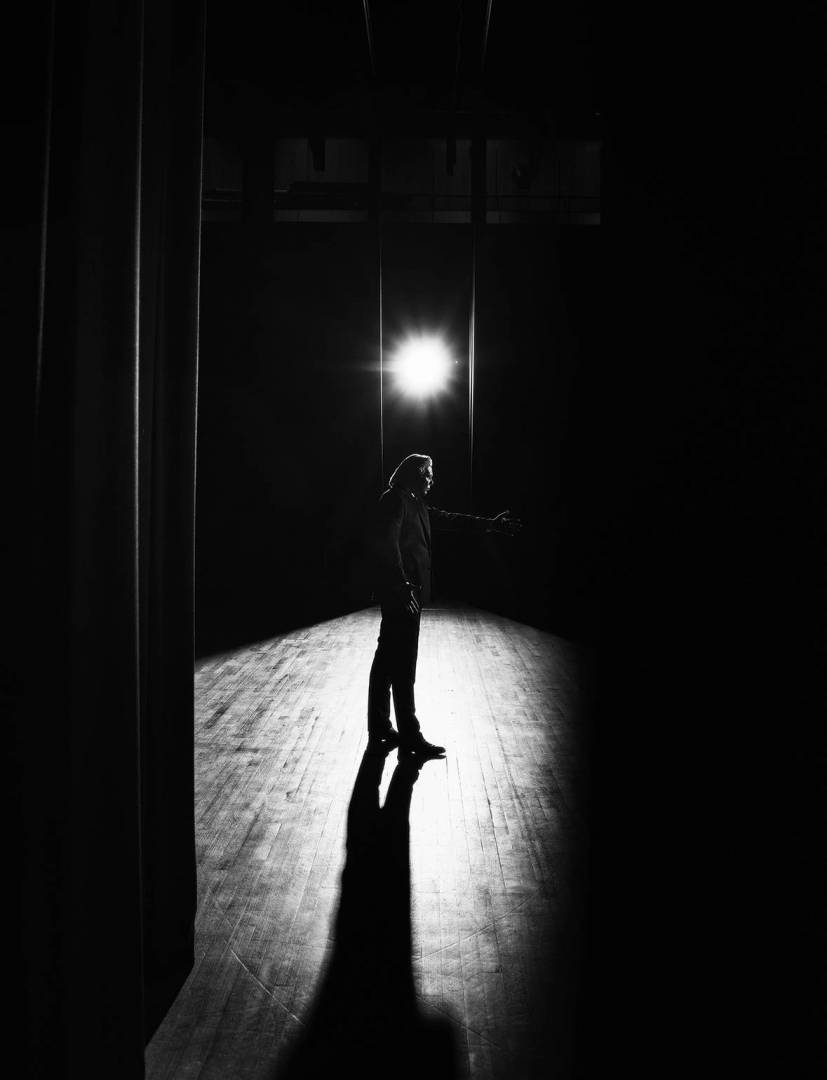 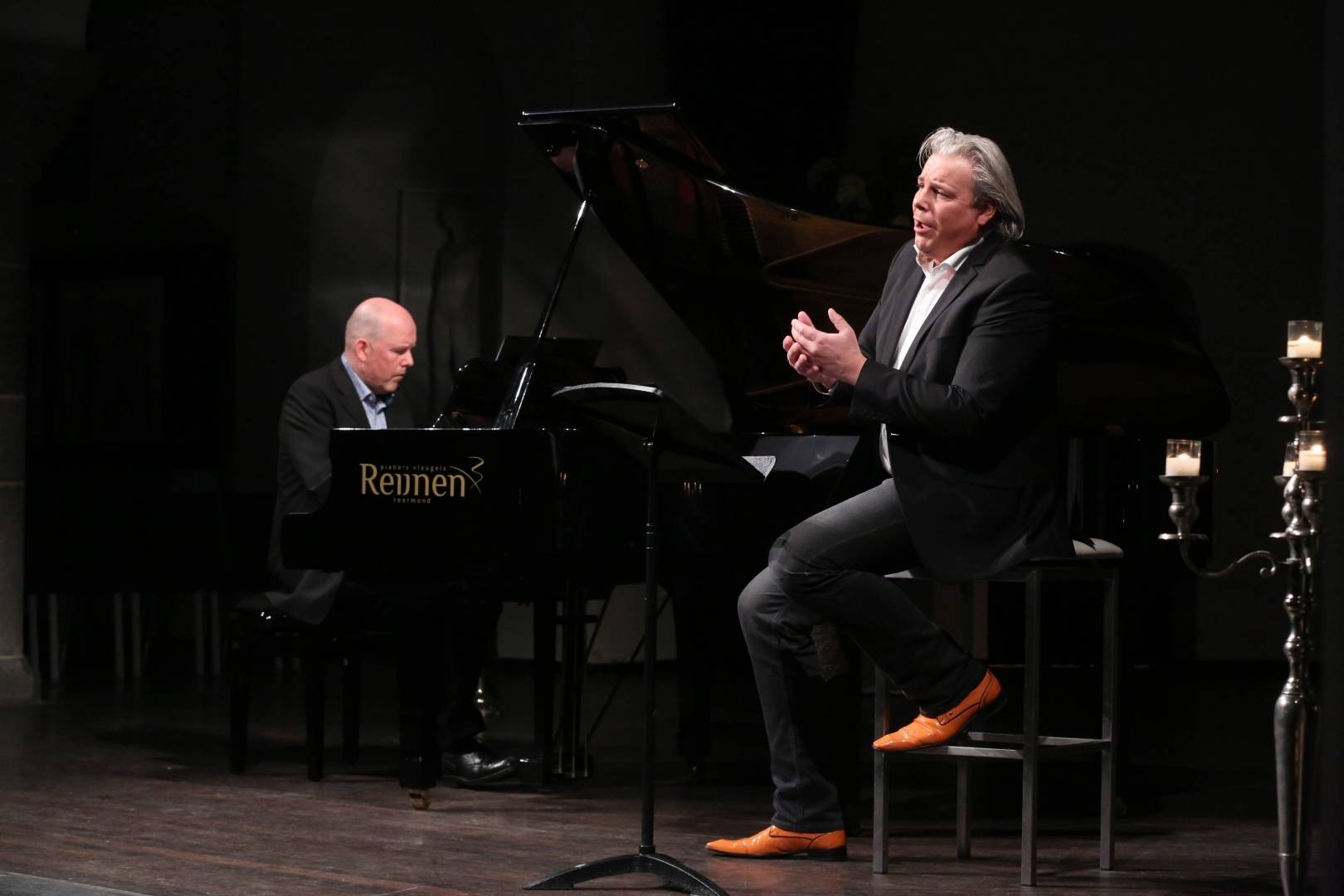 Thissen is in love with the opera and operetta repertoire to both ears, but he is completely crazy about Liedkunst. The result is regular performances of Schumann's song cycle DICHTERLIEBE (OP. 48). He will present his most appealing performance together with the world-famous accompanist ROGER BRAUN at a concert for the FESTIVAL VOCALLIS in the Johanneskerk in Maastricht.

Thissen simply does not succeed in satisfying his artistic hunger. His hometown Venlo carries him on his hands, his province of Limburg is totally impressed by his singing skills and the Dutch classical music landscape now knows that a new talent is attracting attention at home and abroad.
Sef Thissen does not sit still, Sef Thissen never sits still, and between all the studies and performances, a new dream becomes reality: Viva Classic Live and the Kurhaus Christmas concerts, which are broadcast annually on the Dutch television channel AVROTROS.
An important part of these successes is due to his close friendship with the conductor Maurice Luttikhuis. 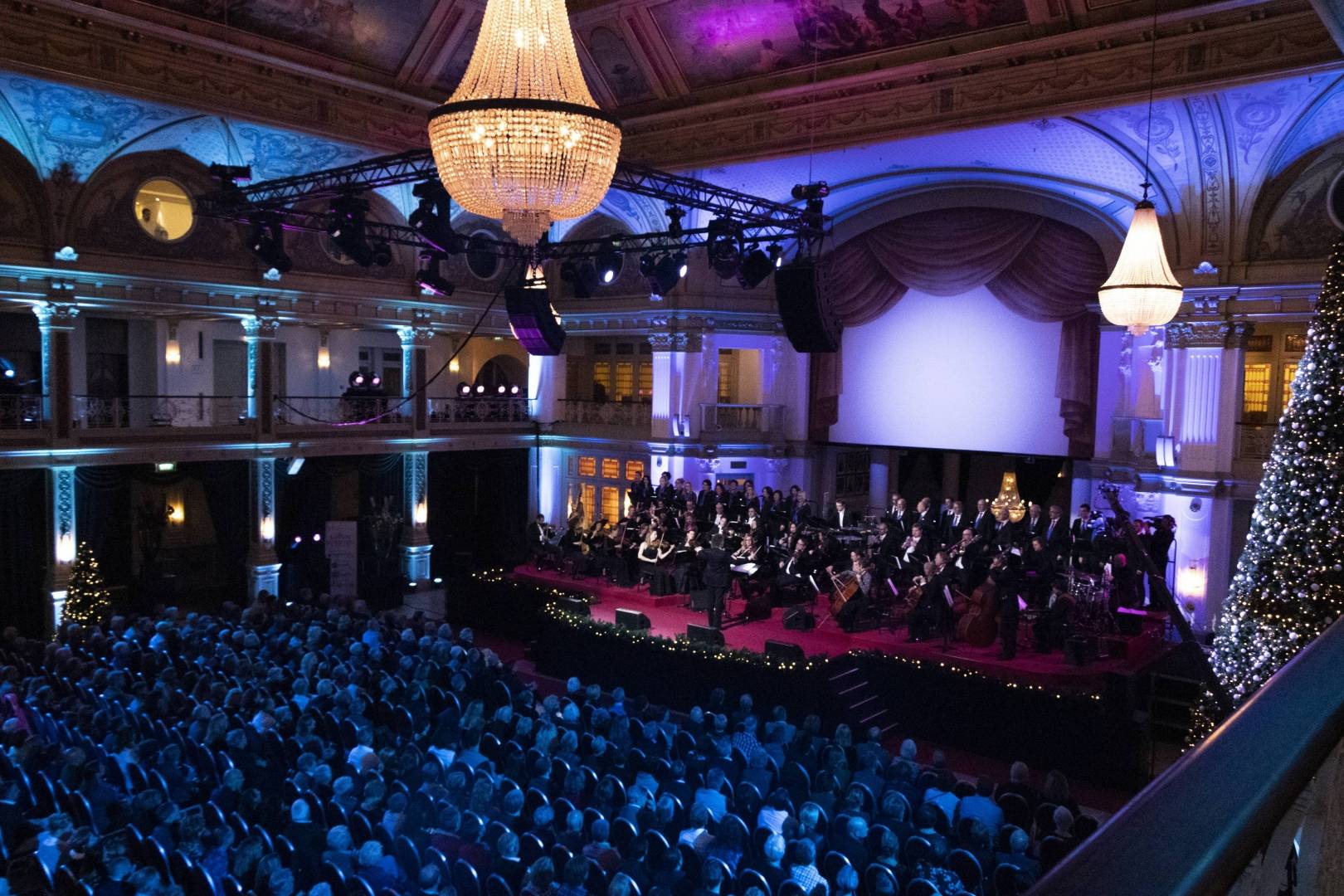 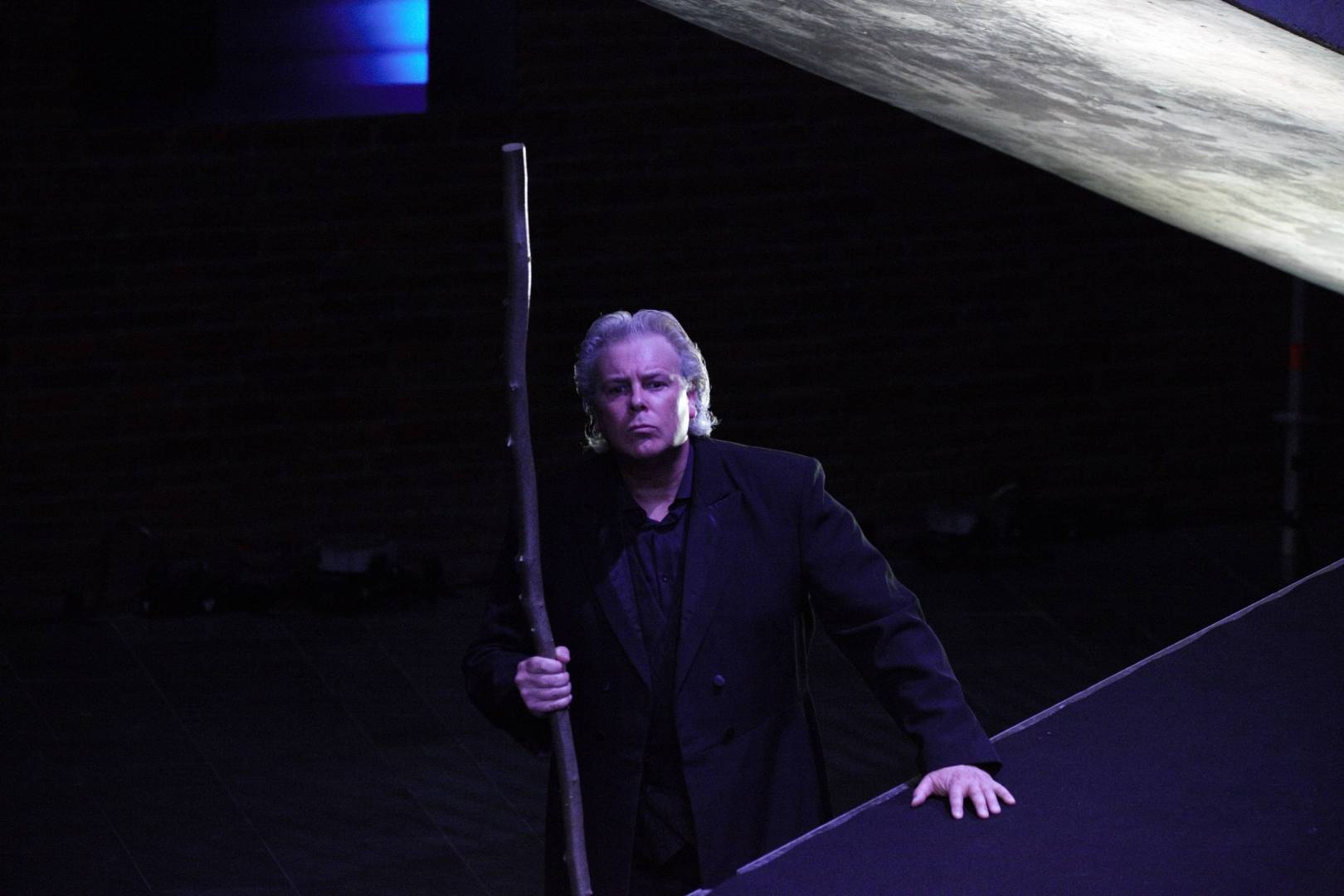 There is no end to it. Thissen impresses at the final concert of Evert Thielen's art exhibition at the Limburg Museum. Together with soprano Annemarie Kremer (Brünnhilde) and tenor Frank van Aken (Siegfried), Sef Thissen (Wotan and Wanderer) sings the world premiere of Ring of Fire. Evert Thielen is overwhelmed by the success of the exhibition, but he is also deeply touched by the intensity and originality of the concert. Incidentally, the latter also applies to Thissen, because the impulses and stimuli that emanate from the months-long exhibition are also clearly noticeable in the musical spectacle. For Thissen, the concert is an enchanting experience and on the occasion of this performance, Thissen sings the interpretation of the Wotan even more often in front of national and international audiences.

Thissen shows courage, takes risks and works with the pianist/composer Egbert Derix on a surprising experiment: the song cycle Wandern.
The duo records German translated poems written by Derix's late father at the Royal Concert Hall Amsterdam. The language of poetry touches Thissen deeply and full of dedication and passion, the duo sets the music for posterity. The final result, the CD Wandern, is received by the international press with excellent reviews and reviews and has a real domino effect. Together with the Wiener Kammersymphonie, a highly sought-after ensemble that performs in all the world's major concert halls, Thissen and Derix, in the well-known Richard Strauss Villa in Vienna, play arranged parts from their song cycle Wandern. A great honor and again some steps forward. 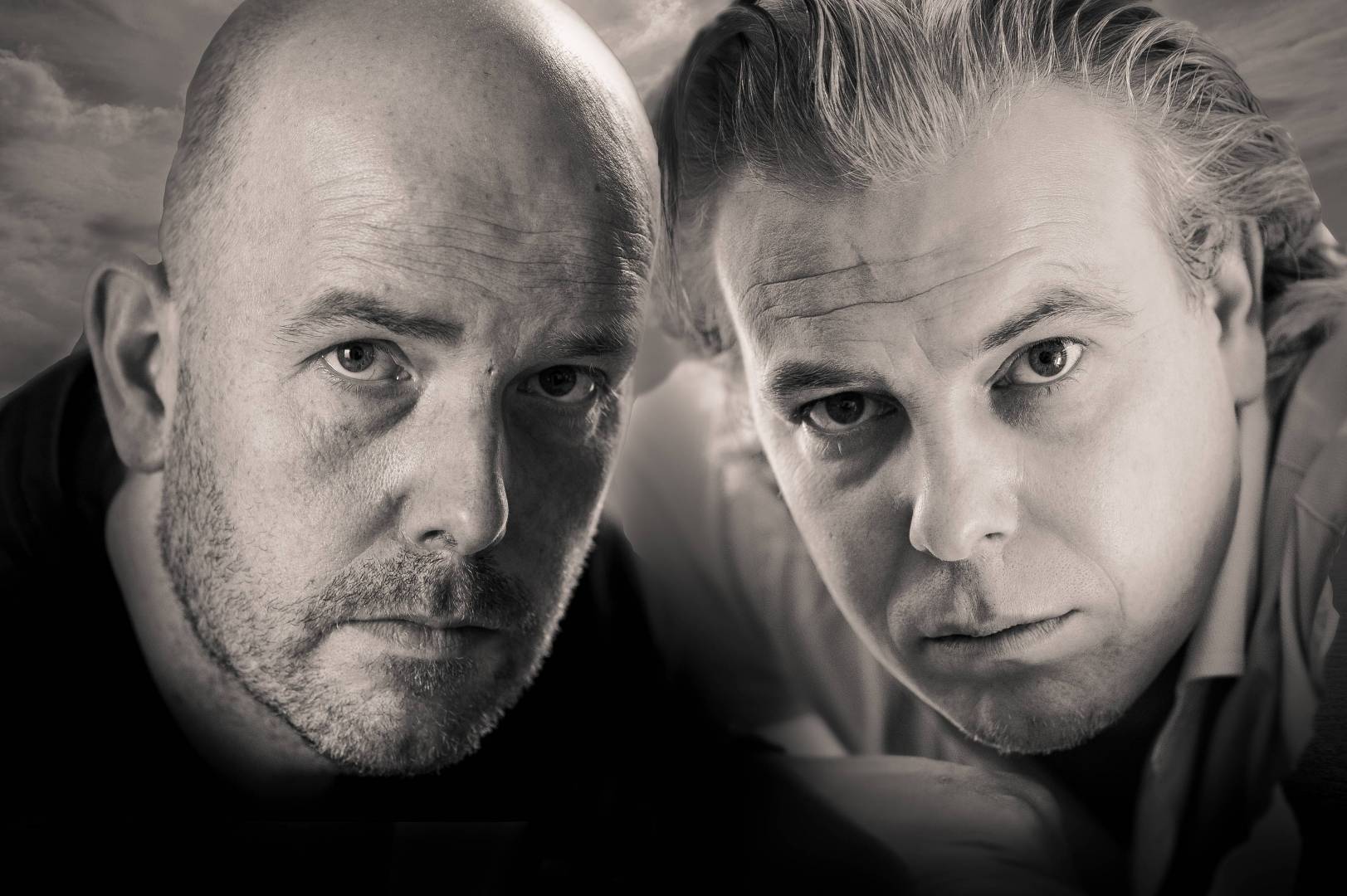 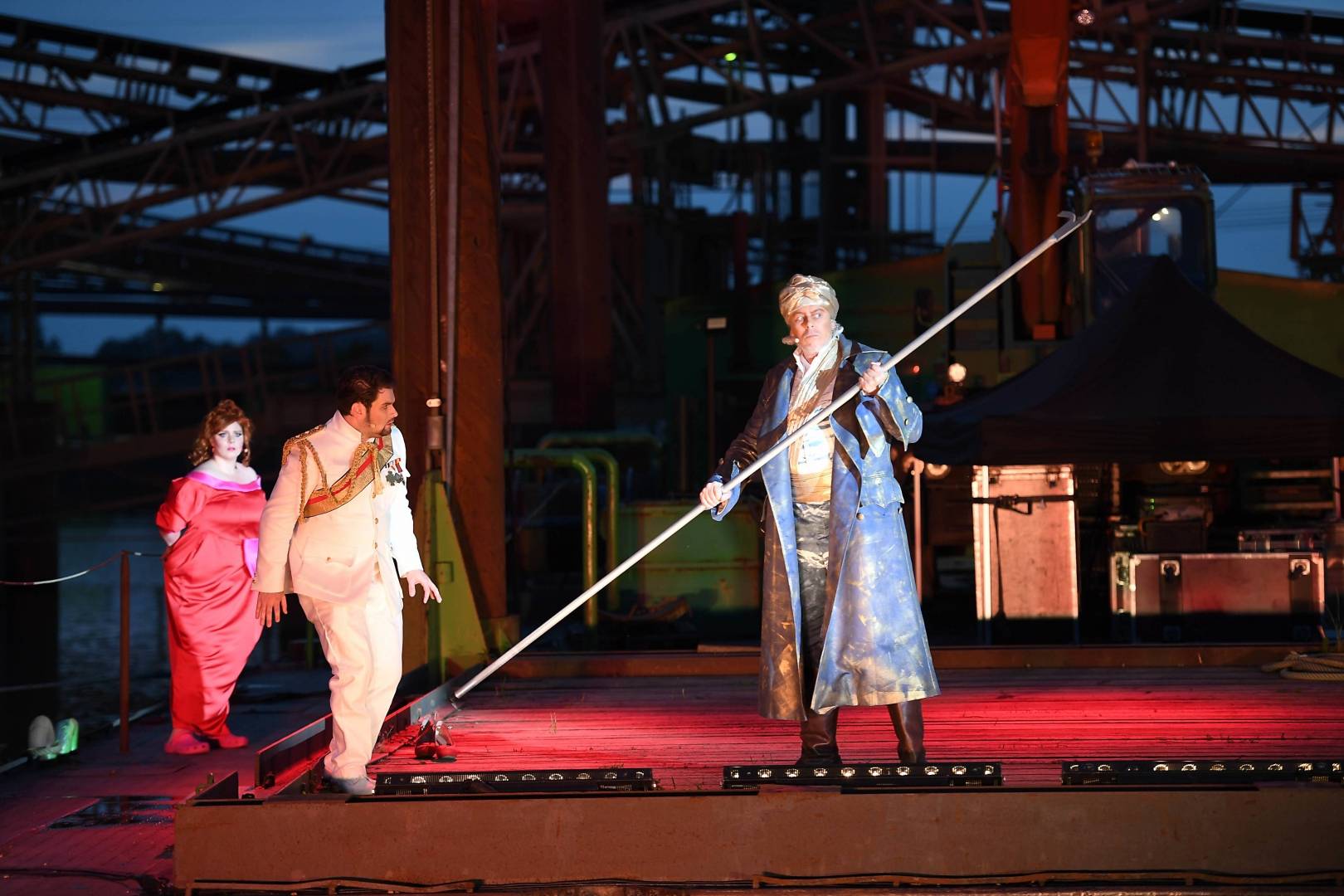 The roots grow constantly, the flowers continue to bloom and again a domino falls. After the concert in Vienna, Thissen and Derix will be invited to perform with the Vienna Chamber Symphony in Hans van der Boom's program on RADIO 4. This live broadcast will take place at the Royal Concert Building Amsterdam. The collaboration between Sef Thissen and the Vienna Chamber Symphony will be continued in Vienna and Istanbul with a large-scale programme based on the repertoire of the master composer Mozart.
Afterwards, Thissen sings at the opening concert of the State Opera of Samsun in Turkey. The musical direction is in the hands of Maestro Antonio Pirolli.
On December 26, 2018, Thissen will sing a Viennese operetta program in the large hall of the concert building in Amsterdam. This is an important step for Thissen, accompanied by the orchestra of the concert building, to be able to descend the stairs of one of the most famous concert halls in the world.

The Marinierskapel, the Koninklijke Militaire Kapel - JWF, l'Orchestra Particolare, The New Symphonics, Metropole Orkest, Philharmonie Zuidnederland. All these are examples of the numerous invitations thissen receives from various top orchestras. Sef Thissen will play the role of Aquarius in the well-known opera Rusalka by Czech composer Antonín Dvořák at Opera Compact in July 2021. This opera tells the tragic fairy tale of Hans Christian Andersen about the little mermaid who falls in love with a prince on two legs. The musical direction is in the hands of the Swedish conductor Per-Otto Johansson and Thissen sings and plays his role in this musical theatre full of devotion. The role of the actor also seems to be written for Thissen. 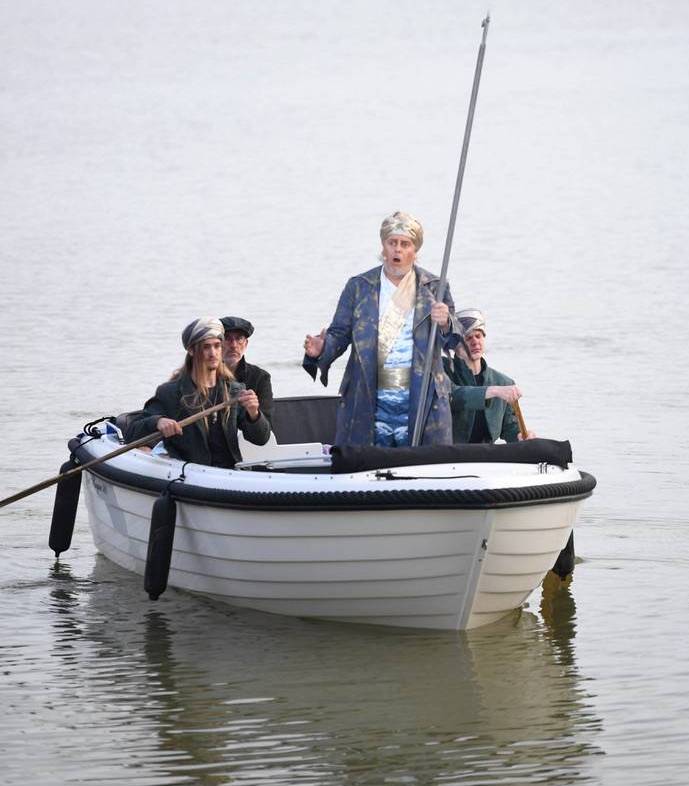 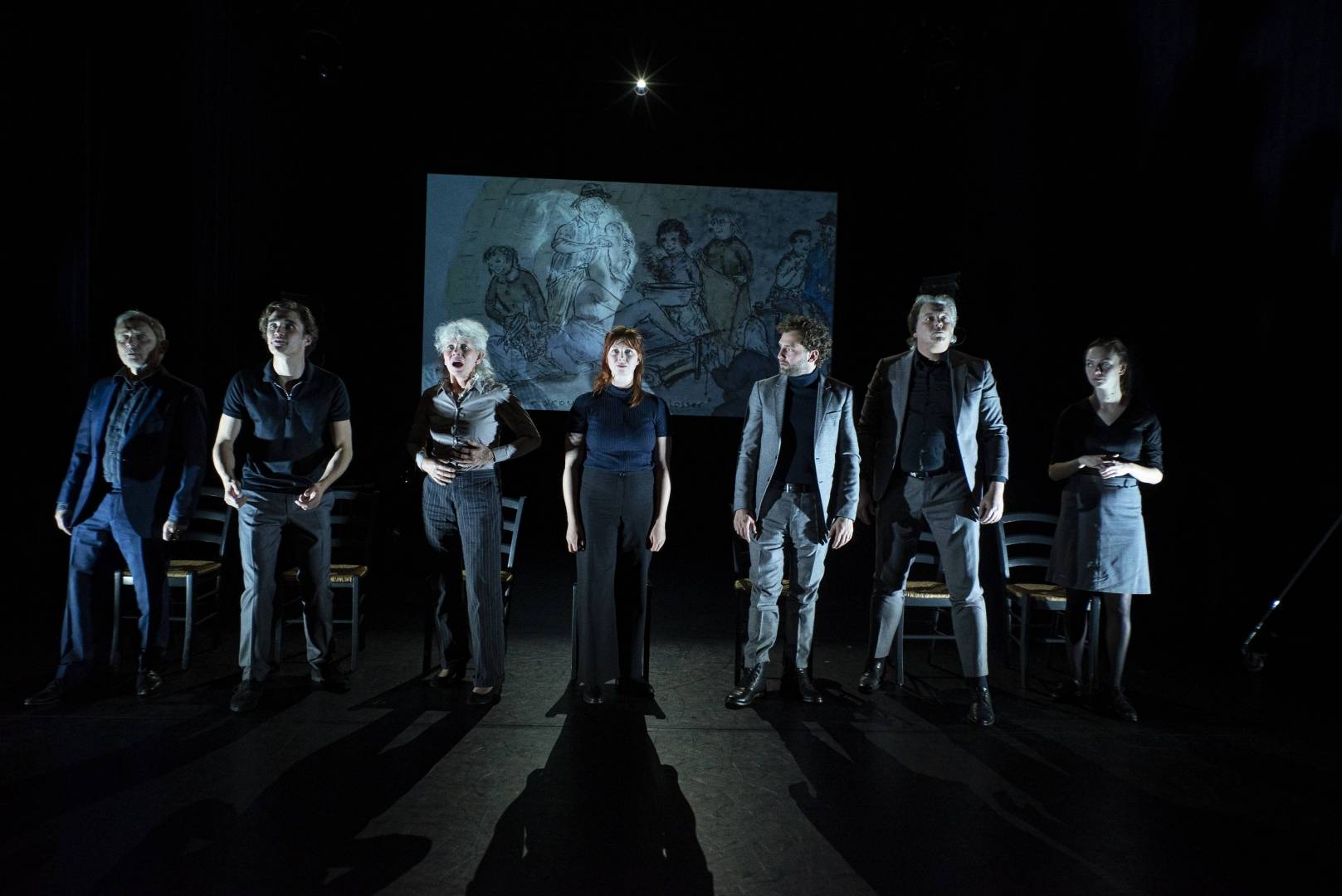 Acting and singing go hand in hand with Thissen in the unique theatrical and musical program "The Last Witnesses".

Theatre Group Maastricht works together with Thissen, among others, on stories of men and women who were contemporary witnesses of the liberation in Limburg. Eight witnesses from all over the province who consciously witnessed this important part of history. Experiences of a generation from which almost all of us have already left and which is put into words by actors and musicians in eight stories. Under the musical accompaniment of pianist Egbert Derix, Thissen plays one of these witnesses. The premiere took place on Thursday, October 24, 2019 at the Theater De Domijnen in Sittard and the play was shown for a month in the Limburg theaters.

Once again, Thissen sets new steps in his artistic career.

In April and May 2022, Sef Thissen will play the musical role of the cruel Don Pizarro in Ludwig van Beethoven's opera, in which, among others, the soprano Fenna Ograjensek as Fidelio is his antagonist. Beethoven's only opera is considered a raw piece of musical theatre that is rarely performed. A unique opportunity for Thissen to prove once again in this adaptation for a small cast that he is a true all-rounder.

It is, as Beethoven himself says: “In the world of art, as in the whole of creation, freedom and progress are the main objectives". 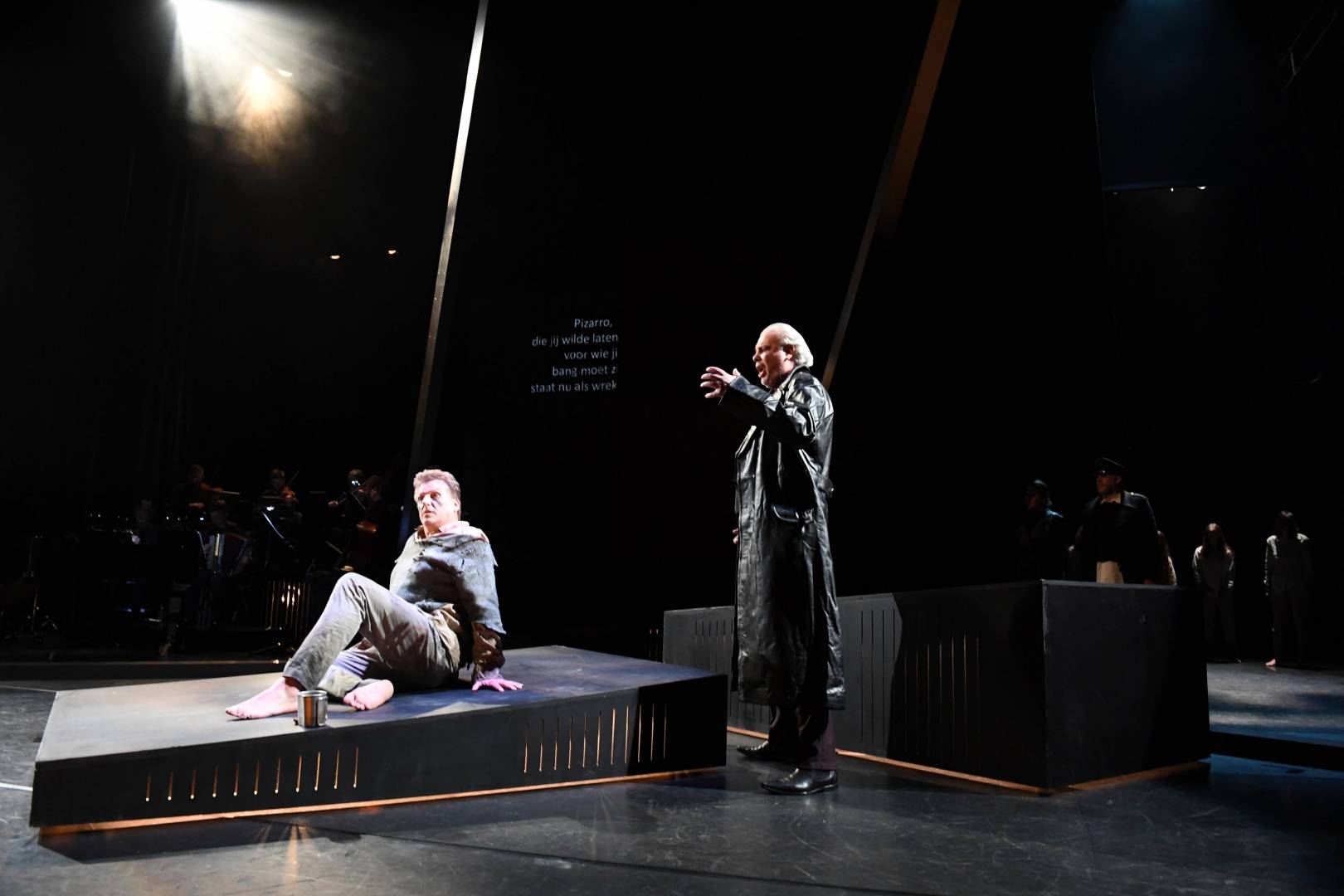 the history of progress

The history of progress is in full swing at Thissen, with his freedom in the choice of works to be performed hopefully bringing down new dominoes. And that is Thissen's ultimate goal.

This growth report, which they are currently reading, is regularly expanded to include new musical challenges and exciting advances of the baritone Sef Thissen.